When you book with an account, you will be able to track your payment status, track the confirmation and you can also rate the tour after you finished the tour.
Sign Up
1113
6 hours
Availability : Min. 2 days in advance
Bruges, Zeebrugge or Ghent
DetailWhat to expectPhotos

This area of Belgium is full of reminders of the horrors of both world wars. On this World War tour, we’ll take you to two of the best preserved and impressive remaining constructions of both world wars: the WWI trenches and the WWII Atlantic Wall.

WWI: The Trench of Death

While Bruges was occupied by the German Empire for the full four years of WWI, not too far away there was still a small piece of Belgium unoccupied and defended by the Belgians and the Allied forces. Both sides remained in their opposing trenches for most of the war. Trenches evolved from merely ditches to reinforced constructions with observation and communication bunkers and railways. A visit to the best conserved trenches of Belgium (including bunkers and even a double-decker trench), the so-called Trench of Death, is a must if you want to understand and learn about the Great War.

From the end of June 1940 until September 1944, all of Belgium was occupied and terrorized by Nazi Germany. There are still many sites all over Belgium that remind us to never let this happen again.

One of the most striking Nazi constructions in Europe was undoubtedly the Atlantic Wall. Hitler’s ‘wall’ was meant to defend occupied Europe from an Allied landing. All the way from the French-Spanish border to the north of Norway, including the Belgian coast, was part of this immense defensive construction with bunkers, armaments, machine gun nests, beach obstacles. One of the best preserved parts of the Atlantic Wall is the coastal battery near Ostend on the Belgian coast. It includes observation and communication bunkers, command bunker, artillery emplacements, personnel bunkers, anti-aircraft emplacements etc. All with a great view of the North Sea beaches. The site offers great insights into how it must’ve been to live and serve here for German soldiers during World War II.

About 5 hours (can be extended with extra stops if requested)

What to Expect on this World War Tour

The guide will not only explain what you see on the site but also give you background information and context and the place of the site in the larger picture of the war. This can be less or more detailed, depending on your  interest. Questions are more than welcome!

Besides these two world war sites, we’ll also stop by the charming town of Diksmuide, a medieval town that was completely rebuilt after WWI. This wouldn’t be Belgium, if we didn’t stop for a refreshment or try one of the many local delicacies.

The tour takes about 5 hours but you can make it a full-day road trip and add related stops such as other WWI sites or something completely different, such as the picturesque historical village of Lissewege, according to many the most beautiful village of Flanders. Check with us for other options! 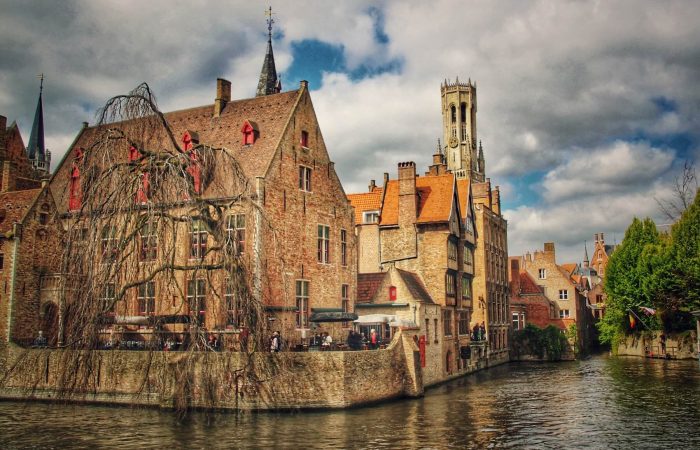